It’s no secret that Amazon is one of the most innovative companies in the world. Starting out as a niche service selling books online, Amazon has emerged as one of ‘The Big Four’ technology companies. Battling it out with the likes of Google, Apple and Facebook for world dominion.

And, with all of this in mind, it seems like a more than appropriate time to explore the latest on the Amazon tech front. So folks, time to get familiar with these #10 Amazon innovations that are leading the innovation arms race. Amazon’s answer to the last mile delivery race – Phase One. Introducing Amazon Scout – a small-ish, blue, robo-delivery-slave. The bots are still in trial phase. But, once live, the Scout robots will ultimately help Amazon cut costs on and speed up their (future) delivery process.

The game plan is that Amazon vans will release the bots into neighbourhood “delivery destinations”. From there the scouts will geo-target and travel to their delivery address, deliver their packages, and return to the mothership. And if you’re not home? It will wait, and wait, and wait…until you finally collect your latest impulse buy.

So, thanks to Scout, Amazon will be able to run thousands of deliveries, in multiple locations, at the same time, and at minimal labour costs. The scout robots don’t get a wage. For now…

Initiating Phase Two. Where Scout is bound by the ground, Prime Air (shockingly) takes to the air. As of 2019, Amazon debuted a new, fully electric version of its package delivery drone that purportedly will start delivering packages “in a matter of months.”

Using thermal cameras, depth cameras, sonar, and machine learning, Amazon’s package delivery drones can instantly detect and avoid obstacles. And they can carry packages up to 2.5kg. Which means between 75% and 90% of Amazon deliveries can (and will) be handled by drones. And to seal the deal – they can fly up to 25km within thirty minutes. BOOM. Welcome to the Amazon filled future of e-grocery stores

Welcome to the future of shopping. No lines. No checkout. Just grab it and go. Amazon’s cashier-less stores are fitted with the world’s most advanced shopping technology like artificial intelligence, multi-sensors, and hundreds of state-of-the-art CCTV cameras.

The software tracks the users’ every move. Every item picked up is added. And every item put back is deducted. And once the user walks out of the store, the Amazon app sends their receipt. Voilà. Shopping made simple. Stealing made problematic.

Starting as smaller convenience stores, Amazon’s quickly upscaling and testing its technology in larger stores. So, despite the current small presence of Go stores, they promise to upend the retail experience. Forever.

Amazon Rekognition has a few different functions, including facial recognition, object tracking through video frames, and sentiment analysis. The service uses artificial intelligence to “learn” which faces or objects are deemed important by the corporate or agency using the service.

To be expected, Amazon Rekognition has been enthusiastically adopted by private sector companies in the marketing and advertising space. But a little more surprisingly, Amazon’s been supplying government and law enforcement agencies with surveillance…though this has been a contentious issue due to Amazon Rekognition system biases. Nonetheless, Amazon’s enabling the future surveillance state. Which brings us to emotional recognition… 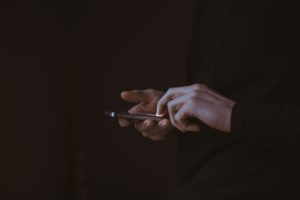 The concept of a machine that understands human emotions has long been a staple of science fiction. But now, Amazon’s transforming fiction into reality. They’re giving Alexa the ability to detect users’ physical, emotional and behavioural states.

The touted ‘Health and Wellbeing’ device will work with a smartphone app, using microphones to discern the wearers emotional state by the sound of their voice. And, based on its emotional “findings”, the technology can offer (mostly product) suggestions.

If these plans come to fruition, Amazon’s Alexa-powered surveillance will expand to a whole new level. Information on a user’s emotional state, combined with background noise, location tracking, and a host of other data points can (and will) be used to target consumers for marketing purposes.

The era of Alexa home automation has begun. Amazon’s launched a litany of voice-powered home devices, including but not limited to a wall clock, microwave, a smart plug, a thermostat, and an Alexa the hooks to your car.

The new home automation gadgets will ultimately make Amazon central to home life. And gather all kinds of data in the process…Amazon could use your own smart home to sell you things. Amazon things.

Now sure, there are undisputed productivity and lifestyle benefits that will make Alexa automation a fact of life going forth. And we already sacrifice privacy for things like smart phones, computers, social media…

But bringing the thorny issue of privacy to the table – is convenience really worth being under surveillance all the time? 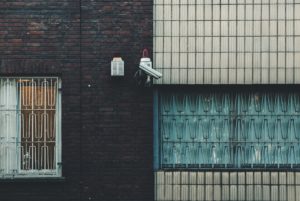 The Ring technology can give select people automatic access – think close family and friends. And if any suspicious “lurkers”are detected? The Ring technology will send an alert to the homeowners and law enforcement if the situation warrants it. It can also crowd-source and share footage information with neighbouring Ring owners.

The Ring devices are also planned to work as a “delivery watchdog”. Using AI technology the Ring devices will monitor a package “drop zone”. If a package removal is unauthorised, the Ring device will send an alert to local authorities and sound the alarms. So hopefully, the thieves bolt without the package.

Amazon Web Services (AWS) Cloud Computing is basically the on-demand delivery of compute-power, database, storage, applications, and other IT resources via the internet with pay-as-you-go pricing. And their biggest customer may soon be the government.

From websites to mission-critical apps, AWS clouds are becoming the norm in the US with global expansion picking up pace – the Australian government recently brokered a deal for AWS cloud security. The AWS secure cloud carries government data across all classified levels; sensitive, secret and top secret. So, it seems that going into the future, Amazon’s biggest customer may soon be the government.

Amazon’s cashing into the healthcare industry

Not one to sit back and enjoy its achievements thus far, Amazon has been making a series of moves into the healthcare space. They’ve partnered with none other than Berkshire Hathaway and J.P Morgan to “re-imagine” insurance and healthcare.

Put them all together and you have the outline of a plan for a radical shakeup of the pharmaceutical value chain. After all, who needs a doctor when Alexa can diagnose you?

Yep, Amazon’s bringing 3D printing to the masses. Like the retail industry needed any more shaking up. In 2018, Amazon was awarded a patent for a new retailing system which enables the company to process orders for custom 3D printed items. In other words…Amazon customers will be able to design their own products, have them 3D printed and delivered fast.

The printing apparatus could be kept at an Amazon warehouse, or even be located in the same truck that would deliver the product to the customers door. So say goodbye to storage space and labour costs. And amp up the delivery speed.

And that’s all on the Amazon innovation front, for now…

So, to be frank, Amazon’s an innovative force to be reckoned with. As Amazon expands into new types of businesses and explores new technologies it’s shaking the world of its competitors.

And now…Amazon’s in Australia. Yes that’s right dear friends. So if you’re a brand that’s hoping to compete, check out our Amazon in Australia blog so you can be aware and prepare. And then? Get your Amazon marketing know-how up to speed.